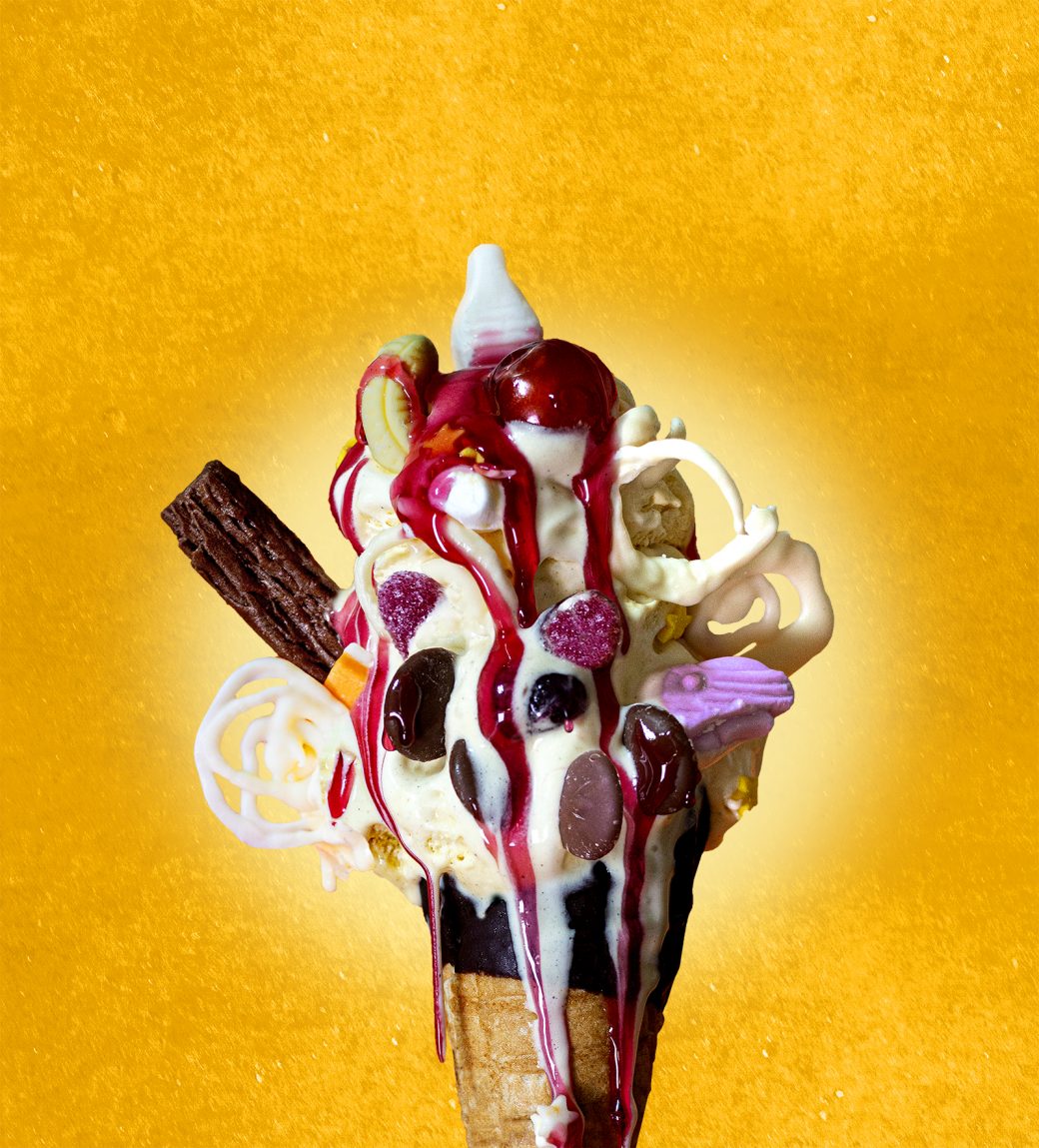 Working with Pint of Wine Theatre Company (and writers/composers Forristal & Clarke) to produce a single image – as well as a highly-stylised image of “type” made from foodstuff to create a title – for a new musical theatre production being developed and staged in London called “PS I’m a Terrible Person”.

Initially very skeptical of how effective it would be, I had the brief to use all manner of letter-shaped food (or food shaped into letters) to write what is quite a long and involved title. Conceptually it was bang on. The subject matter of the new piece of writing concerned someone struggling to deal with mental health issues and their unhealthy relationship with food. However given the length and therefore complexity of the title, I just felt it would not hang together sufficiently to be an impactful (and readable) title for a poster or online banner advert which someone would only view for a few seconds at best…

But I wanted to give it my best shot and so I bought jelly moulds and piping bags and raided the confectionary and novelty savoury food aisles of my local Asda… and turned my kitchen into an edible bomb site. I was very fortunate to be working with producer Blake Klein once again, and he left me alone to play with Alphabetti spaghetti and chocolate pretzels and raspberry sauce and… and..

…and eventually, after hours of difficult work with the digital round-ended scissors we had a title. However we needed something that made things even more sugary ( in order to make things “hang together” I had deliberately limited the pallet to browns and oranges and reds and creams ) so we went for a waffle cone ice cream equivalent of freak shake, like the sort of thing a child would choose to make if let loose – overloaded, top heavy, imbalanced, and seconds away from disaster. It turns out that creating and trying to photograph this in an upstairs flat in mid summer is something of a challenge. Once everything is exactly in place you have about 30 seconds before everything falls apart. There were quite a few attempts but everything you see in the final image was actually there… until it was actually oozing all over the table. ( fun fact: The white chocolate decorations I made myself having watched them being made by the head chef in the Watershed, Bristol in 1995 ) The only thing Photoshopped out was the bent coat hanger that I had fashioned into a cone holder. You’ll never work out where it was because I am a goddam wizard, having been using Photoshop since before it existed. The dripping sauces and ice cream I removed in the traditional way… before needing a bit of a lie down until my blood stopped being, essentially, maple syrup.

Anyway, the design has been waiting since mid Summer to be released until the theatre company had clarity on what was happening. Delighted to say all roles are now cast, rehearsals – with an extremely talented cast – are well underway for the next stage for the musical which will be a full realised workshop performance to a selected, socially distanced, and very lucky audience.